The Fall Archives - Dan Mohler Archive – Your source for all Dan Mohler videos!
Home Archive by Category "The Fall"

But at the fall, when man listen to and followed the voice of another, man lost that likeness and that closeness which the sons and daughters were always intended to have with their heavenly Father. And apart from a close relationship with the Father, man was reduced to living by his own feelings, thoughts and desires – reduced to living according to the “way that seems right to man” –  in essence becoming a “god” unto himself. Man was now living for himSELF. He was reduced to needing love, needing affirmation, needing validation – living in insecurity and at a complete loss for who he really was and why he was on the planet in the first place. So instead of looking like God’s love on the earth, man looked nothing like his heavenly Father. Instead of subduing, he became subdued. In a very real sense, who God created man to be “died.”

It seems we can’t find what you’re looking for. Perhaps searching can help. 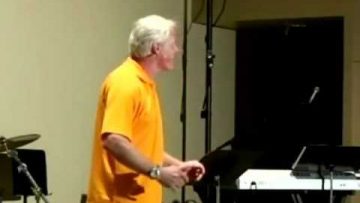 Devil is a liar! – believe the faith What does it mean to know God and what does it look like to talk to Him?